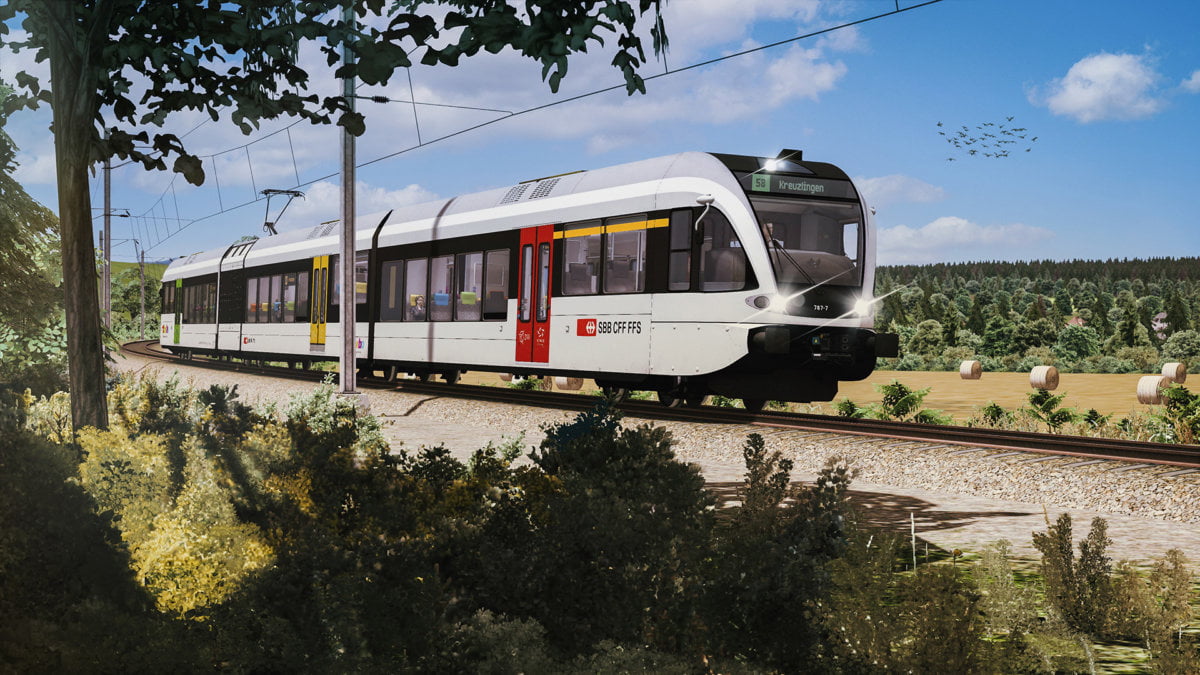 Or purchase from Steam

Return to the picturesque “Seelinie” and take in the views, with some brand-new scenarios for the Lake Constance route from Rivet Games.

The detailed Lake Constance route is part of the Swiss “Seelinie” (Lake Line) in the Thurgau region. Running from Schaffhausen to Kreuzlingen around the lake this modern-day route features “Thurbo” branded multiple units that run every half hour in both directions. Get commuters and sightseers to their destinations on time as you take over driver duties on these new challenges.

In this new scenario pack you will drive a morning train from Stein am Rhein to Schaffhausen, tour the full route from Schaffhausen to Kreuzlingen using the request stop feature, take over a stopping service in the snow to Etzwielen and test out a new timetable service stopping at all 18 stations.

Climb back into the cab of the SBB RABe 526 2/8 EMU on Lake Constance: Schaffhausen – Kreuzlingen with this new scenario pack.

Please Note: Lake Constance: Schaffhausen – Kreuzlingen is required, as a separate purchase, in order to play the base versions of the scenarios featured in this add-on.

Checkout the Rivet Forums to discuss anything about this product! 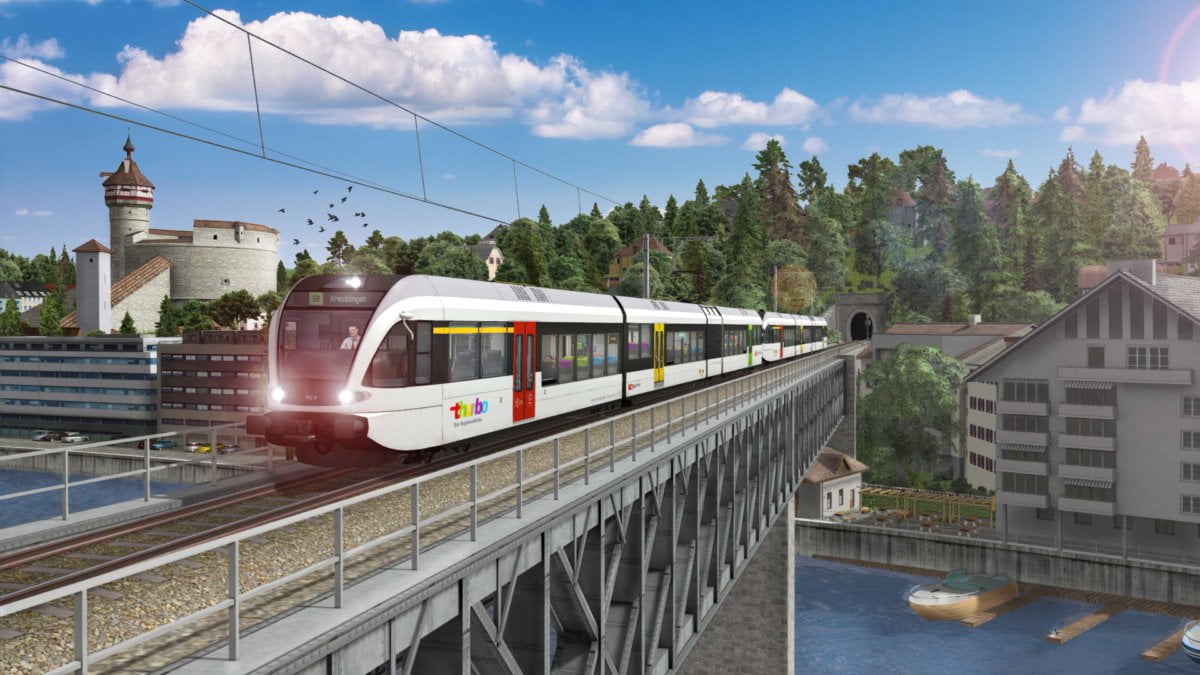 Or purchase from Steam

The route as it is today was built in 4 segments from 1869 to 1895. Initially there were 3 Swiss train companies, who had built routes in this area. One after another, the NOB (Swiss Northeastern Railway) took over the separate parts and united them. In 1902, when Switzerland started nationalising their railway companies, SBB took over the route. They started electrifying the route in 1928, but because of its status as a branch line, it took until 1969 to complete electrification.

Today, the route is operated with modern multiple units, running every half an hour in both directions. Between Schaffhausen and Stein am Rhein additional commuter services also run.

A total of 7 engaging Career and 2 Railfan Mode scenarios are included:

Watch devblog videos about this route:

🎥 Welcome to the official YouTube channel of Rivet Games 🎥
A short series of devblogs about the creation of the Lake Constance Route for Train Simulator
(Apologies for the quality of the audio recording. We didn't have time to re-record it, but have added subtitles in both English and machine-translated subtitles in 20 other languages)

🎬 Subscribe to our channel and never miss a Video https://www.youtube.com/RivetGames?sub_confirmation=1

🎥 Welcome to the official YouTube channel of Rivet Games 🎥
Subtitles available in many languages (auto translated).

A short series of devblogs about the creation of the Lake Constance Route for Train Simulator
➡️Available here in our store: https://www.rivet-games.com/product/lake-constance-schaffhausen-to-kreuzlingen-route/

🎬 Subscribe to our channel and never miss a Video https://www.youtube.com/RivetGames?sub_confirmation=1

Watch others who have played this route:

Alan Thomson sim website is now live so head on over for a huge selection of freeware and subscription Content
www.Alanthomsonsim.com

In this Train Simulator 2019 video we drive the brand new SBB Re 460 along the Gotthardbhan Route! This is the first route released by Rivet Games a new Train Simulation production team, if you would like to see more videos on this route or products by Rivet Games leave a comment down below!
View on YouTube

Checkout the Rivet Forums to discuss anything about this route

Will be added soon!